Meet the Author of Tainted Dreams 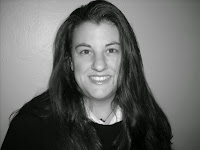 It is my pleasure to host fellow Clean Reads author Christi Corbett on A Writer's Devotion. Christi's new release, Tainted Dreams, is a stand alone sequel to her award winning novel, Along the Way Home. Continue reading to learn more about this talented author and her books. 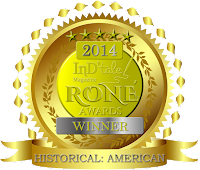 What inspired you to become a writer?

I got the idea for Along the Way Home on a road trip, driving an overloaded Hyundai Excel from Green Bay to Seattle with my fiancé (now husband).

We were driving my 1992 Hyundai Excel (compact car) and the backseat and hatchback were loaded to the windows with all my worldly possessions. As an extra bonus, my husband is 6 feet 4 inches tall. Plus it’s February, and since the middle of winter in the Midwest is brutally cold we’re sporting layers of long underwear, flannel shirts, and puffy coats.

We decided to take our time and stopped off at a number of landmarks, including Mt. Rushmore, the Badlands, and Wall Drug. By the time we reached the Montana border my hubby was ready to rip out the front seat and drive from the back one, and I was beyond bored. Around mid-Montana I started whining about how long it was taking, how there was nothing to do but sit, and how the scenery never changed. Then mid-complaint it hit me—we were traveling in one hour what would take nearly three days to accomplish in the 1800’s. (Recall we’d just come from Wall Drug in South Dakota so I think “the old times” were fresh on my mind.)

I whipped out my notebook and the ideas just started flowing. Soon I had pages and pages of notes and ideas about a possible book. Here’s the actual first line that started it all: A fantastic idea just occurred to me in light of the journey I have just taken… Occasionally I will pull out that same notebook to see how far I’ve come. (For starters, I learned using the same word twice in one sentence is a big no no.)

The descriptions for the two main characters are completely different from what Jake and Kate are now and there wasn’t one mention of a covered wagon or the Oregon Trail, but the basic idea was there. Make it about a man and a woman who travel west, each for their own reasons, to start a new life.

What book(s) have you written that would you like to tell us about?

Along the Way Home is a Historical Western Romance set on the 1843 Oregon Trail. Tainted Dreams is the standalone sequel, and showcases the issues faced by the survivors of the Oregon Trail as they tried to stake claims in Oregon Territory.

ALONG THE WAY HOME:
Kate Davis is intrigued when her father reveals his dream of starting a horse ranch in Oregon Territory. Settlers out west value a strong woman, and though she manages the financials of her father's mercantile her competence earns her ridicule, not respect, from Virginia's elite society.

Jake Fitzpatrick, an experienced trail guide, wants land out west to raise cattle and crops. But dreams require money and he's eating dandelion greens for dinner. So when a wealthy businessman offers double wages to guide his family across the Oregon Trail, Jake accepts with one stipulation--he is in complete control.

Departure day finds Kate clinging to her possessions as Jake demands she abandon all he deems frivolous, including her deceased mother's heirlooms. Jake stands firm, refusing to let the whims of a headstrong woman jeopardize the wages he so desperately needs--even a beautiful one with fiery green eyes and a temper to match.

Kate Davis arrived into Oregon City transformed from a pampered daughter of fortune into a determined woman with a plan--fulfill her father's dream of starting a horse ranch in Oregon Territory.

She quickly discovers a harsh truth--even thousands of miles from home, on an unsettled land America doesn't yet own or govern, gender still takes precedence over ability. Refusing to be ruled once again by the stifling laws and societal norms she'd escaped by leaving Virginia, Kate begins creatively claiming what is rightfully hers.

Until a visit to the land office changes everything.

Jake Fitzpatrick guided Kate across the Oregon Trail, and fell in love with her along the way. Now he wants to marry her and build a life together, but a ruthless man from Jake's past threatens to reveal a dark secret, and destroy everything he's worked so hard to achieve.

Do you have any favorite childhood books?

I got my first book of hers at a yard sale at age seven, and read it so much the covers crumbled from wear and eventually fell off the book. And I had my first moment of absolute book joy when I learned that there were many more of her books available (which was my first brush with the concept of a series).

Do you have any advice for aspiring authors?
Never ever EVER give up. Keep trying, keep learning about your craft, and above all keep writing!

Where can we find you and your books?

Along the Way Home and Tainted Dreams are available on Amazon, Barnes and Noble, Kobo, and most major online retailers.

As for finding me, please do! I love chatting with readers and writers!