Inspiration – Get It Where You Can
By Mark Aberdeen 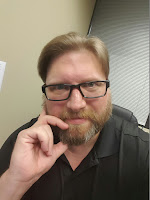 It was the early 90’s and some friends and I were playing a Dungeons & Dragons like campaign using a system called GURPS, which stands for Generic Universal Role Playing System. The game had been a progression from straight D&D using fantasy. We called ourselves the Benevolent Brotherhood of Buccaneers and it suited my group very well. We played characters in Renaissance Faires, upheld chivalry, got pretty good at stage swordfights, singing ye olde drinking songs, and we acted like goofballs looking only to have fun and score with the odd wench, here and there, as young men do. We had three movies on constant play, The Princess Bride, Big Trouble in Little China and for some emotional depth, Highlander. I think the canvas has been painted.

It was a day not unlike any other day when the five of us decided to shake things up on the role playing front. We wrote up new characters for a campaign involving superheroes. We all thought we’d hate it. We came up with new, original characters and threw them in our hometown for fun with the goal of destroying Southeastern Connecticut. It was the most fun any of us ever had playing a game. We had a metric crap-ton of in-jokes and what we thought was material to write a story. One that we all take turns writing. That didn’t really happen.

Jump ten years ahead. Broadsword (Drew), Morgan Blackstone (Scott), Thunderstorm (Henry), L’Orange (Paul) and LeGarde (me) married off one by one, to everyone’s surprise, or went on to respectable jobs, even more surprising. The BBB scattered to the four winds.

The story, the remnants, never left me. I tried to write them down. The in-jokes didn’t translate to paper, the characters were all wrong, the setting was good, but I didn’t want to tread the same ground. What made for great gaming, made for poor storytelling. It took me a while, but eventually, I figured out that the process would be easier if just wrote it from scratch. I threw in a POV character that was new, in fact, all of the main characters were new, some of the old ones made cameo appearances as an homage with permission, but were moved along. I retooled the setting and hit it from a completely different angle. Instead of my POV character being a superhero, what if he was someone with no powers. In fact, what if I made him a cop and his job was to go after super-powered criminals?

How would that work? Those two questions gave me my in to unlock a very rich world. I started writing new in-joke that brought me reader into “the know” and started off with a huge knot to unravel. One that’s going to take the length of the series. That’s when I learned it wasn’t about in-jokes, or the whiz bang of the world, or the cool things the characters could do, or even to pay respect to friends and by-gone days. It was about finding an answer to a simple question. That’s how my story really started.

Snow settled over New London and covered the alley with a chilly blanket, which normally gave me a moment’s pause to reflect. I might have thought about tranquility, but there was nothing tranquil in the roundhouse kick I took to the face. Steam rose from crimson splatter as my blood hit the freshly fallen snow.

Minx’s claws flashed. I jumped back and narrowly avoided being torn open at the belly.

It was difficult to wax poetic while someone was doing their best to kill me.

Welcome to my life.

I swung my left fist. My intention wasn’t to connect with Minx’s jaw but to buy a precious second. The parry worked well enough and gave me the moment I needed to draw the pulse pistol from under my coat. I bellowed a triumphant, “Ha!”

My moment of glory was short-lived. Another kick connected with my right hand. The blow jarred the weapon loose and it sailed into a snow bank. Powdery snow swallowed it whole. The thing about being unarmed, it felt a bit like being naked in a crowd. No way to cover my ass.

I gripped my stinging hand. “Shit.”

A powerful arm, furry and itchy and stiff as a crowbar, hooked me around the neck. Minx had gotten behind me, and the momentum of her attack tore my feet from the ground. I cartwheeled, forcing her to detach and spring back, but I landed face-down in a heap. The snow with all its apparent fluffiness did nothing to cushion my fall. The impact rattled my bones and lights danced across my vision, swirling in loopy rings.

All I needed was another concussion.

Strong hands grabbed me by the collar and belt. My stomach lurched as I was torn from the relative comfort of the ground and flipped onto my back like a flapjack. Minx pounced on top of me and pinned my arms to my sides with her powerful thighs. Normally, I approved of such positions, but she wasn’t Pink Panther and this wasn’t foreplay. I feared she would crunch me like a walnut in a nutcracker. I gasped for precious air.

To any observer it would appear as if I were unprepared for this fight. That observer would have been correct. I’d seen her running down the sidewalk and duck into this alley. She was up to something and I’d interrupted her. Evidence suggested it was something she didn’t want the cops to know about. While my intent was to have a friendly chat with her, she’d decided to take our exchange in a different direction.

Minx had a reputation in underworld circles as an effective messenger. Our not-so-cozy encounter fell within the realm of her typical delivery method. While I didn’t feel like she took sadistic glee in her work, I thought she took pride in a job well done. I, on the other hand, found the work environment hostile, and already I was drawing up a complaint to her HR department.

Posted by Tammi Booth at 2:29 AM No comments: