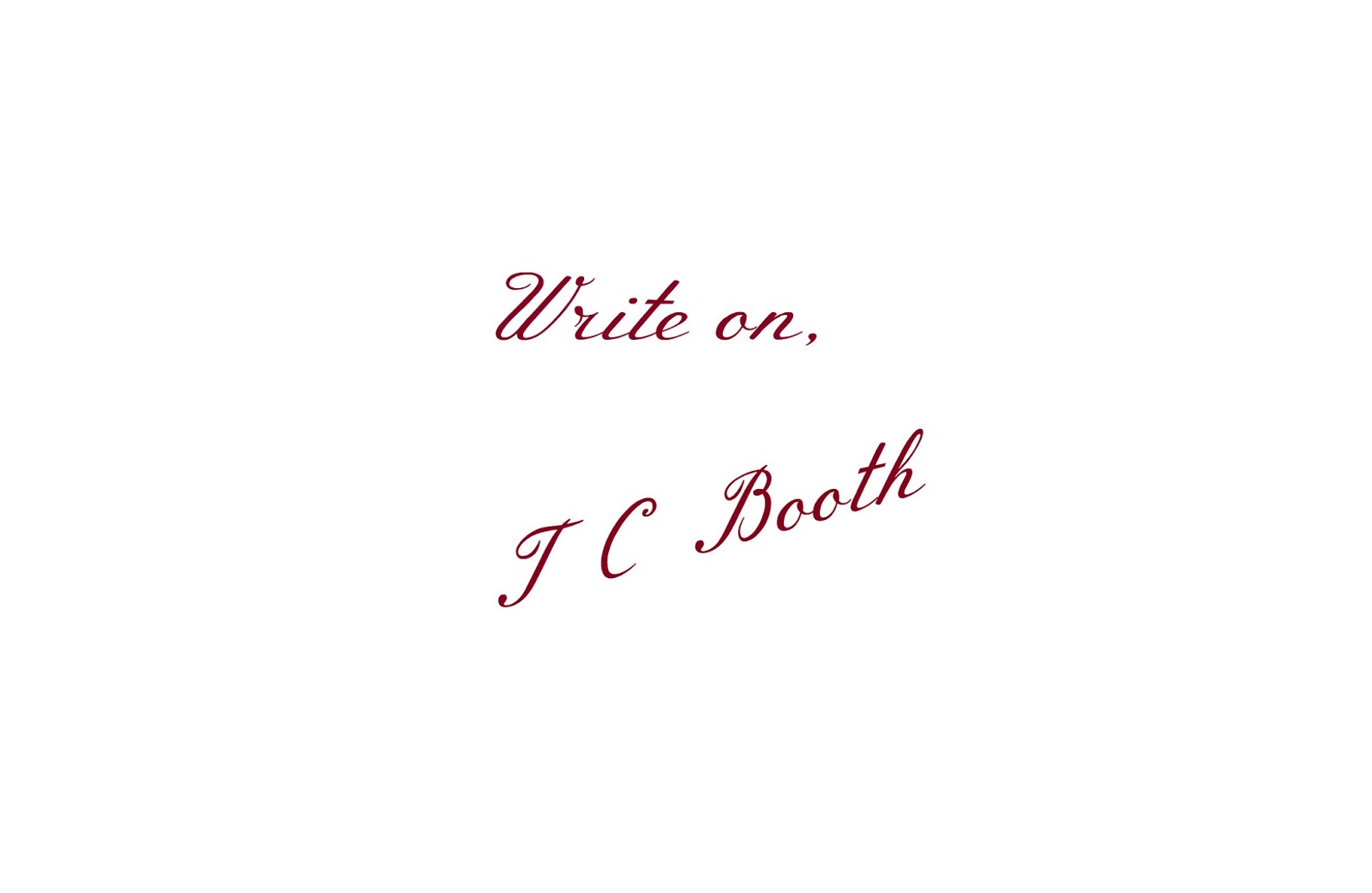 Interview with Karen Rock author of A League of her Own

This is my stop during the blog tour for A League of Her Own by Karen Rock. This blog tour is organized by Lola's Blog Tours. The blog tour runs from 1 till 14 December, you can view the complete tour schedule on the website of Lola’s Blog Tours.

Blurb:
He was attractive, talented…and way off limits.

Heather Gadway may have been a world-class college pitcher and a top university coach, but she's a rank amateur when it comes to managing the Falcons, her father's struggling minor league team. And when it comes to managing her aggravating attraction to Garrett Wolf, their talented new pitcher. It's going to be difficult enough to make it as the first female manager in the league and prove to her overly critical father she's worthy. No distractions. No missteps. And certainly no romances with players. Everything stands between them—including their troubled pasts—even as Heather's world falls apart and Garrett's the one who's there to catch her…

You can find A League of Her Own on Goodreads.

You can buy A League of Her Own here:
- Amazon (Kindle)
- Barnes & Noble
- Kobo
- eHarlequin

About the Author:
Karen Rock is an award-winning YA and adult contemporary romance author. She holds a master’s degree in English and worked as an ELA instructor before becoming a full-time writer. Currently she writes for Harlequin Heartwarming and her first novel for the line, WISH ME TOMORROW, has won the 2014 Gayle Wilson Award of Excellence, the 2014 Golden Quill Contest and a finalist in the Published Maggie Awards. The first novel in her co-authored YA series, CAMP BOYFRIEND, has been a finalist in the Booksellers Best and Golden Leaf awards.

There is a tour wide giveaway for the blog tour of A League of Her Own. These are the prizes you can win:
- a 100$ Amazon gift card (INT)
- a set of signed paperback of Wish Me Tomorrow, His Hometown Girl, Someone Like You and A League of Her Own (US only)

For a chance to win, enter the rafflecopter below:
a Rafflecopter giveaway

(Author of  A Writer's Devotion)


What inspired you to become a writer?

Thank you so much for having me on A Writer’s Devotion! Growing up reading books, I was swept away to amazing places, captivated by plots that made me think and feel, and got to know characters who felt like friends. The world of books inspired me to want to write my own novels and give readers the joy I always feel when I begin a new story. Although I love and read all genres, I quickly realized that contemporary fiction drew me the most as a story-teller. I’m interested in other people, their relationships, how they interact with and make their place in the world… I was inspired by books that spoke the truth about life and love. Whether it’s in my Young Adult novels or my Adult romances, I always strive to tell a compelling, emotional story with relatable characters who will touch my readers.


What book(s) have you written that would you like to tell us about?

I’ve written five books in the past year and a half for Harlequin Heartwarming and tackled realistic issues while creating stirring romances. WISH ME TOMORROW has won the 2014 Golden Quill award for Sweet/Traditional romance and the 2014 Gayle Wilson Award of Excellence for Contemporary Series Fiction.  I’m especially proud of this book as it featured the true-to-life struggles of a single father recovering from cancer. His path to lasting love touched me deeply as I wrote it and I’m glad that it moved others as well. I’m draw to complex characters and issues such as Jodi, the heroine in HIS HOMETOWN GIRL, who battles to find a way to pay for the high-level care her autistic son needs and comes to realize that love and acceptance is what they need most of all. I was also inspired by my grandfather’s experience with PTSD when I wrote my September novel, SOMEONE LIKE YOU. I wanted to feature a wounded war hero who doesn’t believe himself worthy of the life he’s been spared or the love that’s waiting for him. Addiction was a central issue in my December baseball romance, A LEAGUE OF HER OWN, in which a young woman finds it hard to entrust her heart to a recovering alcoholic on her father’s baseball team because of her addict-mother’s struggles and betrayals. Finally, I’m thrilled for my April 2015 novel, RAISING THE STAKES, as it’s set where I live, The Adirondacks. I got to incorporate so much of our gorgeous nature and wildlife, the perfect place for my heroine to come to terms with a traumatic attack and to heal in the arms of a strong, good man.


Do you have any favorite childhood books?

I have read the entire ANNE OF GREEN GABLES series at least five times! It’s such a beautiful, moving story… and who couldn’t love Anne with an “e” J


Do you have any advice for aspiring authors?

My advice is to write what moves you and not worry about trying to chase after trends, what’s selling or what’s “hot”. If you write with conviction, from the heart, you will have a career that fulfills you and fans that will love your unique stories.

“I liked working with the kids today,” he said into her ear, his mouth so close to her flesh that the fine hairs on the back of her neck rose. She relished the sweet brush of his knuckles against the side of her throat as he flipped her ponytail over her shoulder.

“I know how hard that must have been for you,” she said, doing her best to appear cool on the outside. Inside she was a web of conflicting emotions.

“You’re getting me do a lot things I promised myself I wouldn’t.”
When she pulled back, he met her look with grave intensity. “Like what?”
Then came the silence. The long, long silence. Their eyes met until she dropped hers, her heart thumping faster. Red lights flashed. Stop! Leave! Retreat! But her tangled emotions wouldn’t let her wriggle free.
His hand caressed the sensitive spot beneath her chin, and with a gentle pressure, Garrett raised her head until she stared into his deep blue eyes again.
“This.”
Without waiting for permission, he brushed his lips gently over hers. Ohhh…a shiver went through her entire body. The gentle caress melted the last of her defenses into a gooey heap.
His fingers slid along her jawline, and the warmth of his touch radiated past her skin and into her bloodstream. Goosebumps rose on her arms and legs, and her ears rang with the staccato thrum of her heart. He slipped his hand from her jaw to cradle her head. His fingers pulled her ponytail loose and tunneled through the hair that fell down around her shoulders.
He pulled back slightly, his eyes heavy-lidded. His lips hovered above hers, tantalizingly close. The blood pounded so wildly in her veins that she feared he’d sense the vibration. A magnetic pull took over the small distance between their lips. An energy she couldn’t resist. So why was Garrett holding back? Her fingers were wrapped around the back of his neck, running through his hair.
And then it hit her. He was giving her a chance to return his kiss. To show him that she wanted him, and the truth was…more complicated than that. Cold reality doused her, and she leaned back.
She’d kissed Garrett. A player. And worse, a recovering alcoholic who might one day relapse. Someone she could, if she wasn’t more vigilant, become addicted to herself. She couldn’t let that happen.
Scrambling to her feet, she saw the wounded look in his eyes before he covered it with a coat of indifference.
“That was wrong,” she blathered, backing away. “I should never—we should never— We’re not right for each other, I—”
He held up a hand as he got to his feet in his fluid way that was stunning to watch. “I get it. We’ll pretend this never happened.” His gaze roamed in every direction but hers.
It was obvious from the way he braced his body, his tense face, that he was taking this wrong. It wasn’t as though she didn’t want him. She just didn’t trust him with her heart. It was too bruised to take another beating. Even if she wasn’t his manager, his past alcoholism and his uncertain future sobriety were things she couldn’t look past.
She opened her mouth to explain, but his mouth twisted, and he held up a hand.
“Really. It’s fine,” he said, the gravel in his voice denying his words. “Would you like me to take you home?”
She shook her head, wishing his eyes hadn’t turned into mirrors, reflecting only what was outside, keeping her from seeing what he was thinking or feeling.
With a small salute, he turned. “See you, Skipper,” he called over his shoulder as he took off farther down the path, leaving her slumped against the tree in the gathering gloom.
There it was. The respectful address she’d wanted from him on and off the field. Only now she knew that she no longer deserved it. Not after how she’d behaved.
The chaos in her mind cleared. She was under a lot of pressure, thinking with her body instead of her head. In other circumstances, she wouldn’t have let Garrett get that intimate with her. He was a member of her team, nothing more.

Posted by Tammi Booth at 6:56 AM No comments: