Somebody in a Small Town


Somebody in a Small Town Part I

Sweat drips down my back as I stand on the side of the court taking a break. My gaze follows our point guard dribbling the ball down the court defended by a previous player my coach recruited to be part of the scout team . He wants us prepared for finals this weekend.

I wince at the unnecessary blow our guard takes from the scout. The punishment dished out is usually reversed. Being part of the scout team, I'm used to the beating my body takes as my coach and the rest of the team cheer against us. It's a blow mentally and physically but I justify it in my mind as taking one for the team. After all, my part helps to get the starters ready for tournaments and I love basketball.

Our point guard slowly rises from the floor. She limps to the side of the court and holds her hands out for the ball ready to take it out. I don't miss the look of disappointment that crosses over my coach's face. You see, I know something that the rest of our team doesn't. And our coach doesn't know that I got wind of it. He ordered the two scouts he recruited to hurt this particular point guard. She turns the ball over too much and he doesn't want her playing this weekend.

I look on as she takes a hard elbow in the ribs, but she keeps going. She's a somebody. Our coach can't just bench her like the rest of us nobodies. Her parents and grandparents actively support the sports in our town financially among other ways. I realized the difference between the somebodies and nobodies back in middle school when a couple of us would get benched after making one mistake in a game while somebodies made the same mistakes over and over again only to remain in the game.

The guard hobbles to the bench while our other point guard takes over. She bends over and rubs her ankle. I'm not a fan of her, but it makes me sick to my stomach to know what's going on. It's not right. I take my place back on the court with this secret chewing at me .

Posted by Tammi Booth at 7:19 AM No comments:

Publishing today offers many options. I hear a lot about the Big 5 publishers and the most difficult to land a book deal with.... Random House, McMillian, Harper Collins, Simon & Schusters, and HBG.

Self-publishing is another option utilized by many talented authors. Indie authors are making a name for themselves in the publishing world. I've heard several success stories of Indie Authors.

Something I haven't run across is the point of view of someone who owns a small independent publishing press. So I decided to reach out to my hard-working publisher Stephanie Taylor,  the owner of Clean Reads. She was kind enough to answer a few questions for me. I hope you enjoy reading what she had to say as much as I did. :)

How long have you worked in the publishing industry?

I’ve been in the publishing industry officially since 2008 when I started editing for a small publishing company. I’ve been writing creatively since I was 5 and I won’t tell you how long that is.  ;oD

Why did you decide to start your own publishing press?

What do you see as an advantage of being an independent publisher in the big world of publishing?

I can set my own rules, which admittedly is strict. But it keeps me accountable and helps me not to slide into a worldly view of marketing and jeopardize what I originally intended for my company, even if it isn’t the easier way.

What is the biggest challenge you face as an independent publisher?

The hardest thing to compete with is everyone’s preconceived ideas of a sweet publisher.  For me, the definition of sweet doesn’t mean non-sensual or inspirational.  It’s not realistic to expect a romance book not to have some attraction or kissing. That’s a natural part of any relationship. I even believe sweet can be sexy.  But sweet does not equal boring and I’m on a mission to prove that to everyone.

What if anything has surprised you about being an independent publisher?

The industry in general has surprised me. It’s a cutthroat business and I’m constantly surprised everyone competes.  Readers are voracious and there’s room for all of us.

What makes Clean Reads different from other independent publishers?

I guess I’ll have to take a second to brag on myself.  But I’m deeply involved.  I didn’t just open my company to hire people to run it.  I run it based on my personal beliefs, my own publishing experiences (I will not let anyone have a “bad” cover!) and I want them to be happy with the final product!

What advice would you give to someone who wants to start their own publishing press?

Be prepared for the long work hours and the money you’ll need to invest in the beginning. Find others in the industry willing to help you. Had it not been for several other business owners in the industry who really were supportive, I would have never made it as far as I have.  Even though there are people out there who will scoff and try to bring you down, there are a few of us who are willing to help and happy to see others succeed!

To learn more about Clean Reads visit http://cleanreads.com/
Posted by Tammi Booth at 12:45 AM 2 comments: 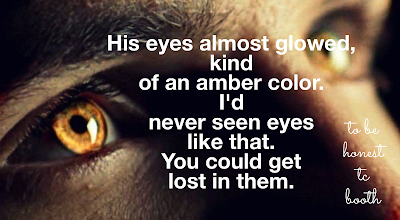 Posted by Tammi Booth at 1:48 PM No comments: