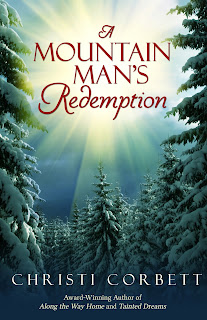 Back cover copy:
Eighteen years ago, Philip Grant—overcome with regret for what he couldn’t foresee and memories of what he couldn’t prevent—abandoned all to live the solitary life of a fur trapper. Years spent roaming ridgelines and riverbanks in Montana Territory left his body weary and his confidence weak, so he decides to turn in his last bundle of furs and await the inevitable in a cabin. Alone.
Then a body-shaped lump wrapped in a quilt changes everything.
Philip discovers a battered woman and her infant son, on the run from a ruthless abuser with a penchant for whiskey. Seventy miles of snow-covered mountain peaks and windswept flatlands stand between them and safety—the woman’s aunt’s house.
Can Philip trust in his newfound faith to lead the way?

Excerpt: (Introduction to mountain man, Philip Grant)
Philip sidestepped a slight depression in the needle-covered forest floor, ever alert to the mirage of solid footing created by critters who covered their nests with branches and leaves to fool their predators. Walking through a cluster of ferns, he brushed his fingertips through the jagged blades and enjoyed the soft rustles of the silky fronds settling again after he’d passed.
Solitary life was rife with small pleasures if one knew where to look.
However, he was getting on in age—forty-eight. Too old to be traipsing about the woods and weather for months on end. His back ached from years of carrying furs and outdoor living, and he was eager to put all the wages he’d saved toward a more permanent arrangement. A cabin. Where he could put in some serious front-sittin’ hours. On a porch. With his rump resting in a rocking chair and his fingers wrapped around a mug of tea.
While he’d miss the independence that came with being a free trapper—no work schedule, no boundaries, and above all, no one to report to beside himself— he was eagerly looking forward to what he wouldn’t be doing.
No more spending hours wading along frigid rivers, his fingers fumbling to set steel traps that refused to stay in place. No more fighting to stay upright against currents that appeared calm for the first few steps, but turned swift and hungry once it was too late for man or beast to change course. No more waiting in a cold rain for his empty traps to snatch an inattentive beaver that civilization had long since deemed undesirable. Silk was the latest preference back east and abroad, and had been since before he’d taken a steamboat to Fort Benton.
Abandoning the life of a mountain man would allow his eyes to drift closed whenever he felt like it, instead of always on the alert to danger. Savages—of the two or four-legged variety—killed fur trappers. He had no desire to die in the woods alone, his body withering into oblivion beside a nameless stream. He’d rather die sitting before a roaring fire, surrounded by log walls and a weatherproof roof, having just eaten his fill of a good meal.
He was eager to live out the rest of his life in soft comfort, though he held no hope of attracting soft company. After all, what woman would want him once she learned why he’d abandoned the life he’d once known to live as a fur trapper?
A high-pitched screech sounded from the next hillside.

About the Author:
Christi Corbett, winner of the 2014 RONE Award for Best American Historical novel and a 2014 Laramie Award, lives in a small town in Oregon with her husband and their twin children. The home's location holds a special place in her writing life; it stands just six hundred feet from the original Applegate Trail and the view from her back door is a hill travelers looked upon years ago as they explored the Oregon Territory and beyond. 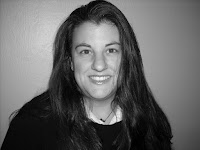